Price: Around $20 at Rohan Meadery near La Grange

Tasting Notes:  Peachy Keen is a summer seasonal mead from Rohan Meadery.  It's made from their honey and peaches from a neighboring farm.  It's a little sweet, but not overly so.  Think of something in the range of a semi-sweet white wine.  Peach on the nose, with floral and citrus (orange zest) flavors up front, follow by a deeper honey flavor through the finish.  Rohan's meads are fun, which matches well with everything else at Rohan Meadery. 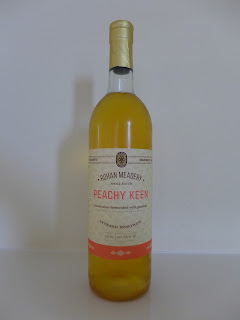 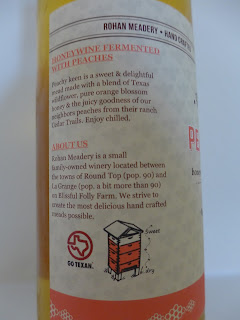