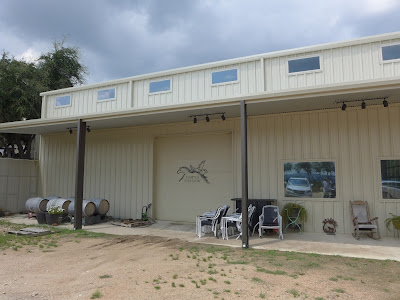 The exterior of the winery

Hawk's Shadow Winery and Vineyards is a little off the beaten path north of Dripping Springs, but it's well worth the trip for the well made wines and great views. Doug and Carol, now part of the team that owns Hawk's Shadow, originally purchased the land back in 1989.  In 2004 the current team of proprietors began planting 5 acres of vines on the hilltop you can see from the tasting room.  Then after lots more hard work they opened the new winery in the fall of 2014.  That's some serious dedication. From what we've seen it's common trait among those working to grow grapes and make wine in Texas. 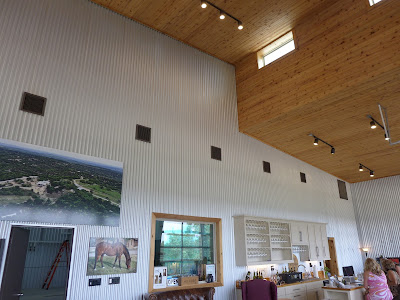 High ceiling in the tasting room plays well into the views


Hawk's Shadow is currently open from noon to 6PM on Saturdays, but they do take appointments for other days.  Tasting are $10 and include tastings of about 6 of their wines.  They have a large deck that provides awesome views of the surrounding hills.  There's a good chance several of the proprietors will be working in the tasting room, so there is lots of opportunity to learn about their story, the land, and the wines.  For a young winery they have a wide variety of wines, all made from Texas fruit.  We also noticed that the red wines have some age on them, a sign that they are taking the time to get the results they want.  Our favorite was the 2013 Temptation, a mostly Tempranillo blend.  We brought home a bottle of that one. 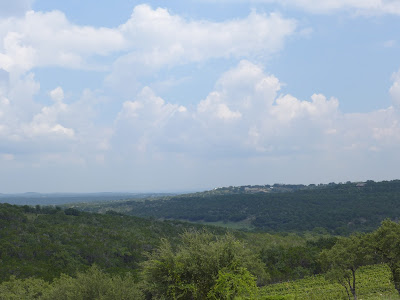 View from the patio of the hills and the vineyard 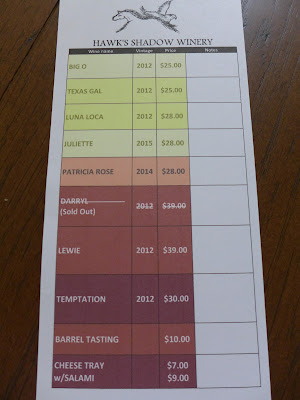