With a log weekend ahead of us and not a lot planned, we decided to take a day trip from Houston.  Our first stop was Saddlehorn Winery in Burton, a little over an hour outside of Houston, just past Brenham.  We've been to Saddlehorn several times before, and we always discover something new with each visit.  This time it was the pizzas from their wood-fired pizza oven.  The pizzas are quite good as one might expect from folks that put forth the effort that goes into a wood oven.  They had about half a dozen different options, all 10 bucks for a nice personal size pizza.  They typically fire up the oven for pizzas each Saturday.  We did a wine tasting as well, and I still gravitate towards their estate Black Spanish as my favorite.  We had a glass of it with our pizza and left with a bottle. 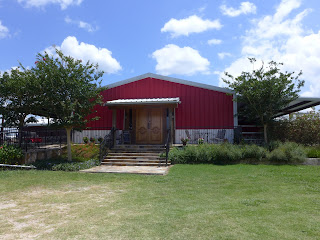 Saddlehorn winery (not pictured: pizza, we ate it too quickly)

From Burton we headed over to Round Top.  It was bustling with activity for the 4th of July weekend.  We stopped by Royer's Pie Haven for a slice of apple pie, a must when stopping in Round Top.  We did the typical Round Top thing of walking the shops and check out some cool Texas art while trying to avoid the heat. 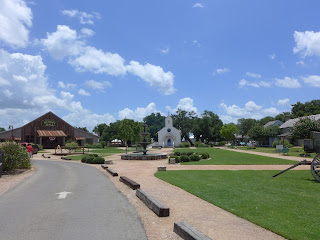 A stop in Round Top

We then headed towards La Grange for our last stop of the day, Rohan Meadery.  Maria and I met Ashley from Rohan at The Discover Wine Festival.  After learning more about Rohan, we decided that we needed to visit soon.  Rohan Meadery makes more than just mead, they make several wines including an estate Blanc Du Bois, ciders, and they're even experimenting with a hard root beer.  They do 5 tastings for $5, a great deal.  The meads run from the dryer side to semi-sweet with a good number of varieties, really something for everyone.  We left with a bottle of Peachy Keen, their summer seasonal mead made with local peaches.  Look for a more complete write-up of our visit soon. 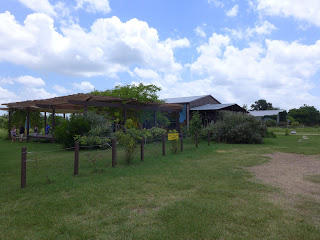 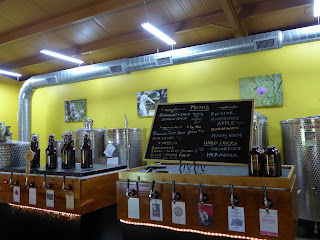