Notes:  I believe this was the first Cab from Lewis Wines, and I think they figured out the right way to approach Cab in Texas early on.  I've found going with more of a Bordeaux style rather than California style works better for Texas Cabs.  Texas grapes typically spend less time on the vine when compared to the better Cabernet regions of California, so trying to replicate a big Napa Cab doesn't work out well with Texas fruit.  It might sound funny, but the better Texas Cabs I've had have embraced finesse over bigness letting more terroir show through.  This Lewis Wine Cabernet is a good example of Texas wine makers figuring out how to define a style of Cabernet that works best for Texas. 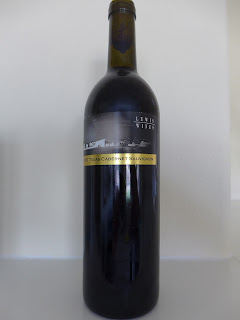 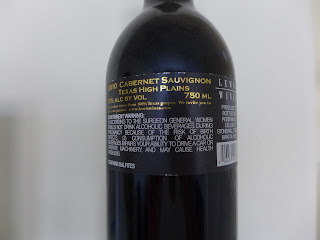